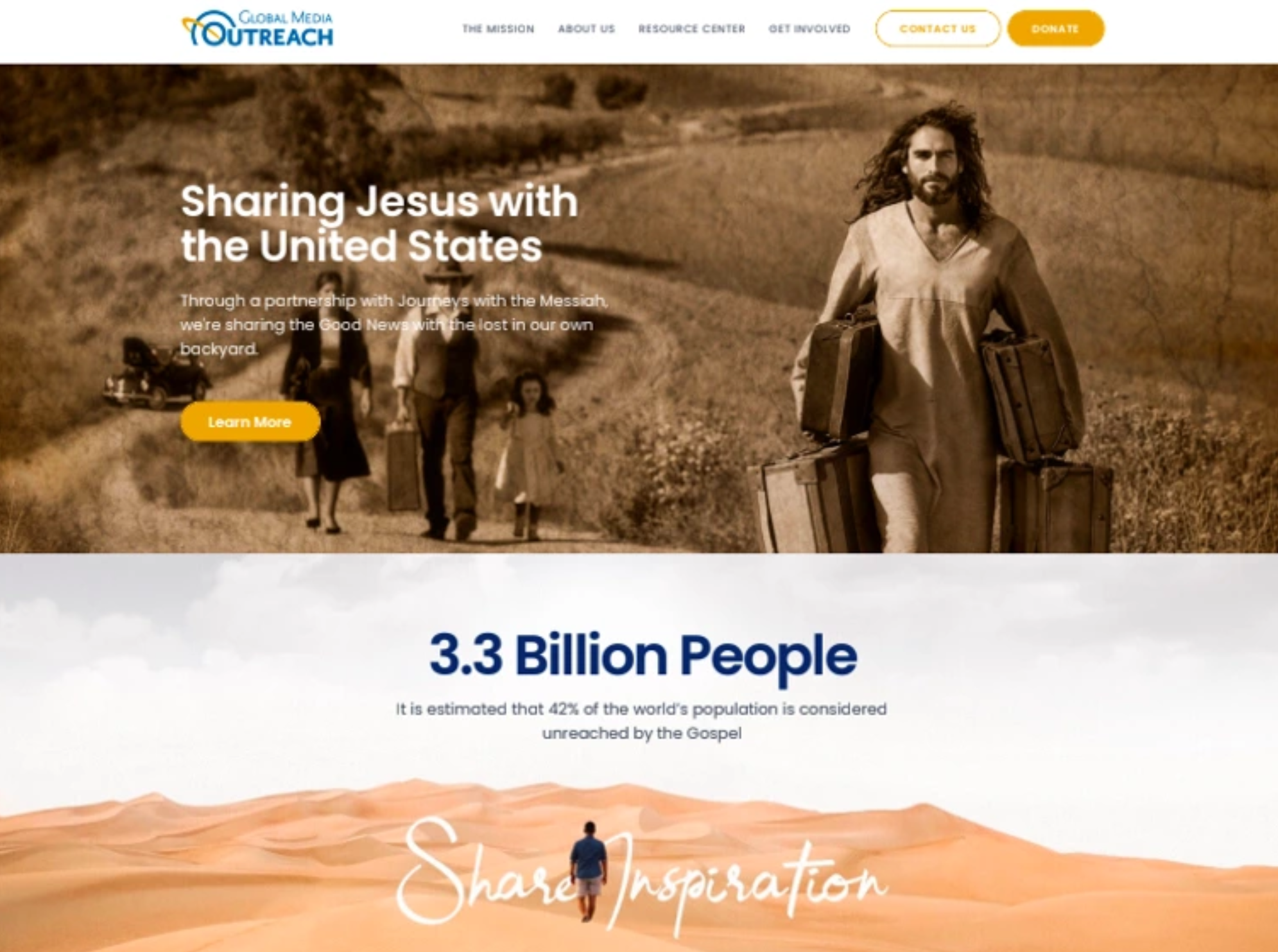 In an increasingly anxious society, Global Media Outreach, a digital ministry specializing in online evangelism, has partnered with a world-class photographer for an innovative new campaign that’s sharing the hope, peace, and rest found only in Jesus.

GMO, which has made 2 billion online Gospel presentations worldwide since 2004, recently collaborated with photographer Michael Belk, creator of the photo series Journeys with the Messiah, for Something Better.

“The Gospel is so compelling in and of itself, but combining that with these images of Jesus interacting with modern-day individuals causes you to really stop and say, ‘What if this really did happen? How does this apply to me?’” Valentine said.

The Something Better platform leverages the power of technology by deploying a variety of Gospel materials along with Belk’s photographs through multiple topical websites, cellphone networks, the internet, and social media.

The goal of the campaign, Belk said, is to present the Gospel to “every person in America” by showing those searching for hope that Jesus has “something better for them.” He explained that since the COVID pandemic hit, GMO has seen a steady increase in Google searches about fears around the virus, uncertain finances, anxiety, and discouragement.

“People are full of fear right now, and we’ve really entered into that and presented the Gospel,” Valentine said, adding that the images are delivered to viewers based on what keywords they’ve searched.

“Science has proven that someone sees words and then an image attached, the retention rate is much higher than just seeing a Gospel presentation or just seeing an image. When we combine those two things, it’s really powerful,” he said.

Belk, a fashion photographer whose work has been featured in leading magazines including Vogue, GQ, and Elle, said his photos explore the modern-day relevance of the messages of Jesus. Included in the collection are photos of Jesus with Nazis, prostitutes, Ferraris, motorcycles and others to address modern-day issues like poverty, materialism, addiction, and hypocrisy.

A Message from Elevated Faith

The Christian Clothing Brand You Need to Know About.

Elevated Faith creates conversation starters: jewelry and apparel that open doors for wearers to tell friends and strangers about their faith, while giving a portion of all sales to faith-based organizations around the world. Shop our hoodies, tees, bracelets, rings, stickers, mugs & more!

“We’re showing people that Jesus is bigger than all of the issues we’re facing and that He has the answer for all of our needs, from fear to exhaustion,” Belk said.

The photo that “most resonates” with Americans, he told CP, is one titled “Rest for the Weary.”

In it, a man in a suit and tie is shown collapsed on the steps of a building. His head rests on Jesus’ lap while his suitcase is opened with papers scattered about.

“It’s showing viewers that if we come to Jesus, He will give us peace and rest,” Belk said. “In America, we’re so tired, we’re so anxious. COVID is tiring. We’re discouraged, we’re hurting. We’re presenting these images and the Gospel presentation to people at a real point of need.”

Through Something Better, GMO expects to connect with 150 million Americans and see 30 million decisions for Christ.

The campaign has seen “fantastic” results in preliminary testing, Valentine said, revealing that as of October, 83,699 individuals interacted with a “Something Better” webpage. Of those, 17,186 people said “yes” to Jesus, and almost 2,000 people expressed interest in connecting with one of GMO’s 3,500 online missionaries to go further in their relationship with Jesus.

“Those are compelling numbers, as we haven’t really launched it fully,” he said. “That kind of conversion rate is a little bit higher than what we typically see on a lot of our other efforts around the globe.”

Already, Valentine said people have emailed GMO revealing that the Something Better campaign has given them hope when they most needed it.

“People have revealed they’ve gone on their phone or computer and typed, ‘I feel suicidal,’ and our campaign pops up and they put the gun down,” he shared. “So we’re really excited to see these results, and we thank the Lord for it.”

Interestingly, the campaign is also attracting “the young demographic,” he said, particularly those who make up Gen Y and Gen Z.

“They’re just coming into adulthood, and so it’s really crucial that we can reach them with the Good News of Jesus, because they’re going to shape the future, the culture, and the world,” Valentine said.

The pandemic, Belk said, has prompted people to ask questions and search for the meaning of life like never before, adding: “Maybe this is our Babylon, maybe it’s our time of captivity.”

“But maybe,” he added, “it’s an opportunity to discover something better. Our sovereign God knows what He’s doing, and we’re just leaning into that through Something Better.”